This is a continuation from my previous article Where To Host .NET Applications. Go check that one too. In this blog post we will create a simple .NET application. Then we will dockerize it the easy way and host it in a Linux VPS so that the whole world can see it.

Let’s create a .NET 5 application and call it EnvPrinter. For this example, we will choose the ASP.NET Core Web API template: 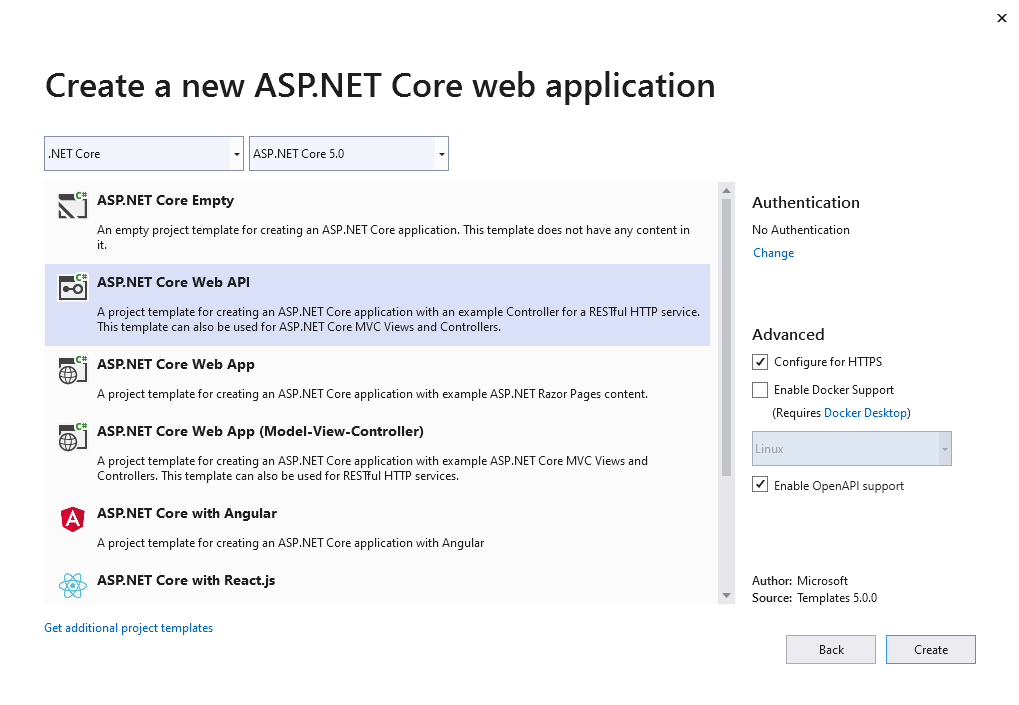 After the creation of the project let’s remove the boilerplate code. Basically, you only need the Program.cs and Startup.cs: 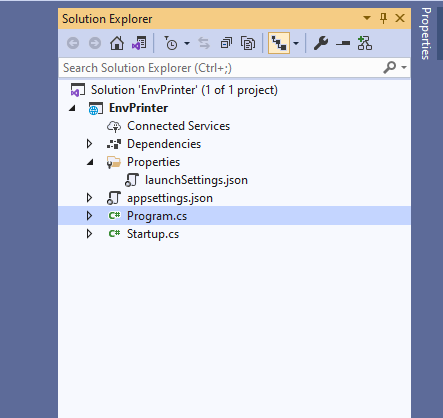 Now we can add the logic to print the environment variables:

We are keeping things as simple as possible. Now all we need is a Docker file. You can take the slow road and make one yourself or rely on Visual Studio to build one. I will take the second approach. Right click on ASP.NET Core project and head to Add -> Docker Support. 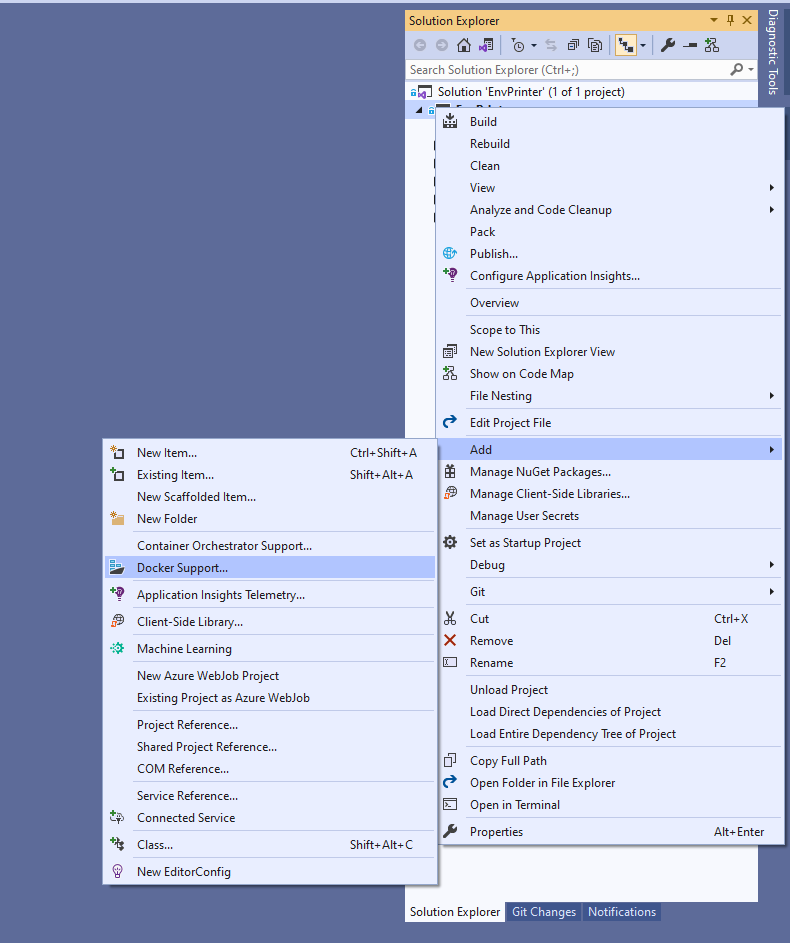 Select the Linux OS and we have the Dockerfile auto generated for us. Isn’t that cool? Here is how our Dockerfile should look like:

All we must do now is to create the image and push it to docker hub. This is the place where you should make a docker hub account if you do not already have one. Here comes a little tricky part, when you generate the Dockerfile with Visual Studio. Building it requires a little patience. If we go directly to EnvPrinter project where Dockerfile is generated and try:

We get an error stating the following

Step 7/17 : COPY failed: file not found in build context or excluded by .dockerignore: stat EnvPrinter/EnvPrinter.csproj: file does not exist

That is because Visual Studio uses the top-level directory as root, and we need to call docker build from the solution directory. If we ran the same command from there, we will get another exception:

Now, Docker cannot file the Dockerfile. We need to specify it explicitly:

Replace your_docker_hub_username with your docker hub username and please note that there is a dot(.) at the end. At this point everything should be built successfully. And you can verify that by executing:

You should see a Repository named env-printer:

The last thing that we need is to push our image to docker hub. Which is quite easy:

Connect to your VPS. I am using Contabo VPS and Ubuntu 20.04.1 LTS for my applications. You can check this blog post on where to host your .NET applications. We are connecting using ssh. Since the new PowerShell has built in support for SSH it is enough just to open a PowerShell window and type this:

Where username is your username and ipaddress is the ip address of your VPS. After the connection is established first thing, we should do is to install docker:

Verify the installation by running:

You should see both Client and Server versions like this one: 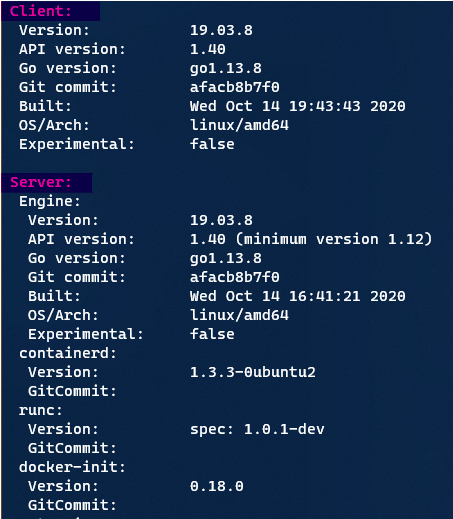 If you did not see or heard the horror stories about Docker’s vulnerability on the internet this post should be a big trigger! What do I mean? Docker does not respect the firewall rules in your VPS when you are exposing ports. Every port you expose to a container becomes a public port.

You can easily verify this by downloading this test http application which displays your container id:

Notice that we are mapping local port 8080 to container port 80. Now you can browse your VPS’s ip address on port 8080 and you will see the response from the sample http applications. Pretty creepy isn’t it? We did not allow 8080 from our firewall yet there is a connection to it. So, what can we do to modify this behavior? State your localhost explicitly:

if you stop the container and run:

Now you can curl the address from inside the VPS but not from the internet. What does this teach us? Do not expose your database and private servers to the internet by assuming that Docker respects the firewall rules - it does not.

This raises a question. What should you do if you want to expose a container over the internet for only a specific IP address? You can go check the open source project ufw-docker by Chai Feng. He has a detailed article on why this problem occurs and how you can fix it.

Now we have an understanding about Docker’s unexpected behavior we can use this to our advantage and host our application. The process is simple. All you must do is to pull the image that we have created earlier:

And checking that your_docker_hub_username/env-printer image exists.

Last thing that we should do is to run our container:

Since we have already talk about the Docker’s unexpected behavior, we know that nothing more is necessary to browse our application from the internet. Just type your VPS’s ip address in a browser and you should see the environment variables of our container.

We created a little application which consists of only 2 files. We dockerized it using th built in Visual Studio tool and learned how to create an image based on that. We deployed the application to VPS and talked about Docker’s vulnerability which can certainly bring you headaches.

How do you host your applications? Share with me in the comments.

Your post has been submitted and will be published after moderation.

Your post has not been submitted. Please return to the page and try again. Thank You!

If this error persists, please open an issue by clicking here.